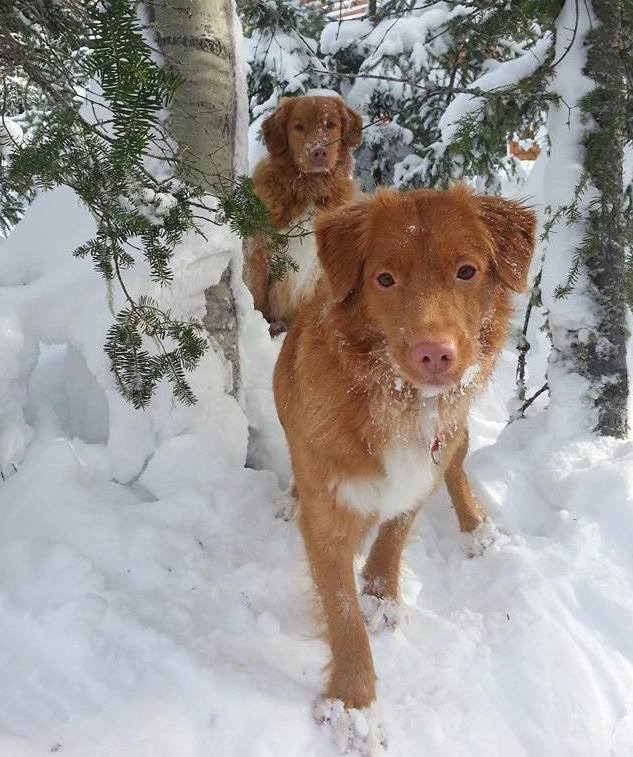 http://www.k9data.com/pedigree.asp?ID=864295 Ribbon was bred to Kermit in mid-October and puppies are expected to arrive around December 11, 2017. Above pedigree is noted.

April 1 & 2, 2017 Ribbon received her fifth and final double pass out of Open B and Utility B Classes to receiver her Obedience Trial Champion Excellent Title. She passed her sixth double class in the afternoon, which was a bonus. Sunday (the 2nd), she received a High In Trial (HIT) Award from the morning trial out of the Open B class, scoring the highest of all qualifying competitors. She received a total of 14 points towards her Master Obedience Title over the 3 trials. We march forw... Read Full Post »

February 24, 2017 Ribbon entered her first CARO Rally Trial and Q'd with a perfect 200 score in Rally Novice. Sully Q'd his first CARO Rally Advance with a 198 score. Proud of the dogs! We are not sure when we will be attending another CARO event, but hopefully they will be able to finish titles this year.

We lost Rogan to Leukemia on July 24/2016. We miss him so very much. He was a grand dog and we were so lucky to have had him in our lives. He went quickly and unexpectedly, which was shocking but he was enjoying his life until his last day. He will forever be in our hearts and souls and will live on through our family.

Sully received his Rally Excellent Title at the beginning of April/2016. He also entered a couple Master Hunt Tests and did qualify over some of the series. It was a great experience as Shelly has never handled at a Master Hunt level test before. It was a worthwhile experience and gives us something to look forward to training towards.

Ribbon passed her WCI test in June/2016 We were not expecting to be entering any further tests this year, but she started coming along quickly before our local hunt tests. Although she did not Qualify, she made it through many series and was very close! Hopefully, we will see some qualifying work in the summer of 2017 ! She also passed 2 Rally Excellent classes and we will finish this title some time in the future.

Ribbon passed her first Utility obedience leg in October, 2015 and finished her title with two back to back Qualifying scores February 6th & 7th, 2016.

Sully receives his Senior Hunt TITLE at the Upper Island Retriever Club Hunt Tests.  Great time with some great people!  We will be baaaccckkkk....  :-)